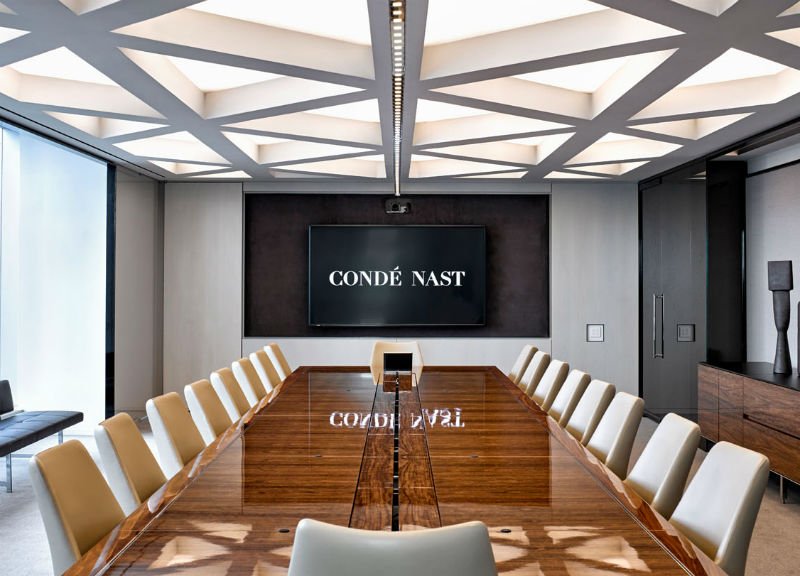 Why Condé Nast and Vogue do not respect Jews

An open letter to Robert A. Sauerberg, president and CEO of Condé Nast.

On October 4, 2018, Vogue Arabia published a letter by Ahed Tamimi, the Palestinian teenager who is becoming an icon, despite the culture she represents.

My name is Raya Schijveschuurder. Today I would be 31 years old.

I would be probably married and I would have my own children.

They would be the same age of my little brothers who were 2 and 4 years old when they were killed together with my parents and me, inside a pizza store in Jerusalem, seventeen years ago.

We were a happy family until 2 pm of August 9th 2001. We were eight children, four girls and four boys, the perfect balance. My parents were still young, 43 and 41 years old.

But that day we were hungry.

And we wished for a pizza and some Coke.

And my parents decided to take us to Sbarro, one of the most famous pizza stores of Jerusalem.

I chose a pizza with mushroom and olives topping.

And my mother asked me: are you sure you will like it?

These were the last words I heard from her.

Tamimi knew perfectly the store would be packed at that hour. She had been studying that place for a long time.

Al Masri had a guitar with him, but from that guitar no music note would have been played.

As he entered the store that guitar played a death music, throwing 20 pounds of nails, screws and explosives in men, women and children bodies.

We have just washed our hands as Jews use to do before eating the bread.

But I never ate that pizza.

I was blown up and killed by nails that pierced my heart, my liver, my vital organs.

In a few seconds my parents, my brothers, Shoshana Greenbaum, a pregnant woman, other ten people and me, were transformed in shreds of meat.

My grandparents were Dutch.

During the war they were deported from Holland to concentration camps.

They survived to all their families and tried to build a normal life in that same country that offered them death.

They pushed their children to go and live in Israel, the only place in the world where Jews would never be discriminated for their religion.

My parents tried to build a new life in that tiny country.

But Ahlam Tamimi decided that even there Jews do not have the right to live.

When they announced in the radio there had been a martyrdom attack at the Sbarro restaurant and that three people were killed, I admit I was a little bit disappointed because I had hoped for a larger toll’, she tells in an interview.

‘Have you ever thought about the families, the children, who were victims of this attack?’ Tamimi smiles ‘No’.

Ahed Tamimi, the seventeen years old teenager who became the symbol of ‘Palestinian resistance’ was brought up in these values. Ahlam Tamimi is her aunt. Her family was defined by international media as an ‘activist family’

In this letter Tamimi writes: I wanted to become a football player but I don’t play here because there is no time. Instead, I have been involved in demonstrations and confrontations with the Israeli army since I was a child.

I went on Conde Nast code of Ethics, where you can find the following words:

Reaching more than 270 million consumers across Europe, the Middle East, Asia and Latin America, we are committed to delivering beautiful, influential content and brand experiences for individuals who demand to be inspired.

And I asked myself:

Does Conde Nast agree that children, instead of becoming football players, should be raised in the dream to become martyrs one day?

“I hope that everyone will take part in the demonstrations as this is the only means to achieve the result. Whether it is stabbings or martyrdom operations or throwing stones, everyone must do his part and we must unite in order for our message to be heard that we want to liberate Palestine”

These are the words that Tamimi says on Facebook to her followers.

We pride ourselves in respecting the individual no matter what gender, race, religion or orientation. We are committed to doing business in an ethical way, with honesty, integrity and humanity.

This is the message you can find on Conde Nast website.

you have proved to be committed to doing business.

But with this article that celebrates a teenager who was raised in death and martyrdom values, a girl whose aunt helped killing more than 15 human beings guilty of being Jews, you have not only lost many Jewish readers..

You have lost your commitment to integrity and humanity. 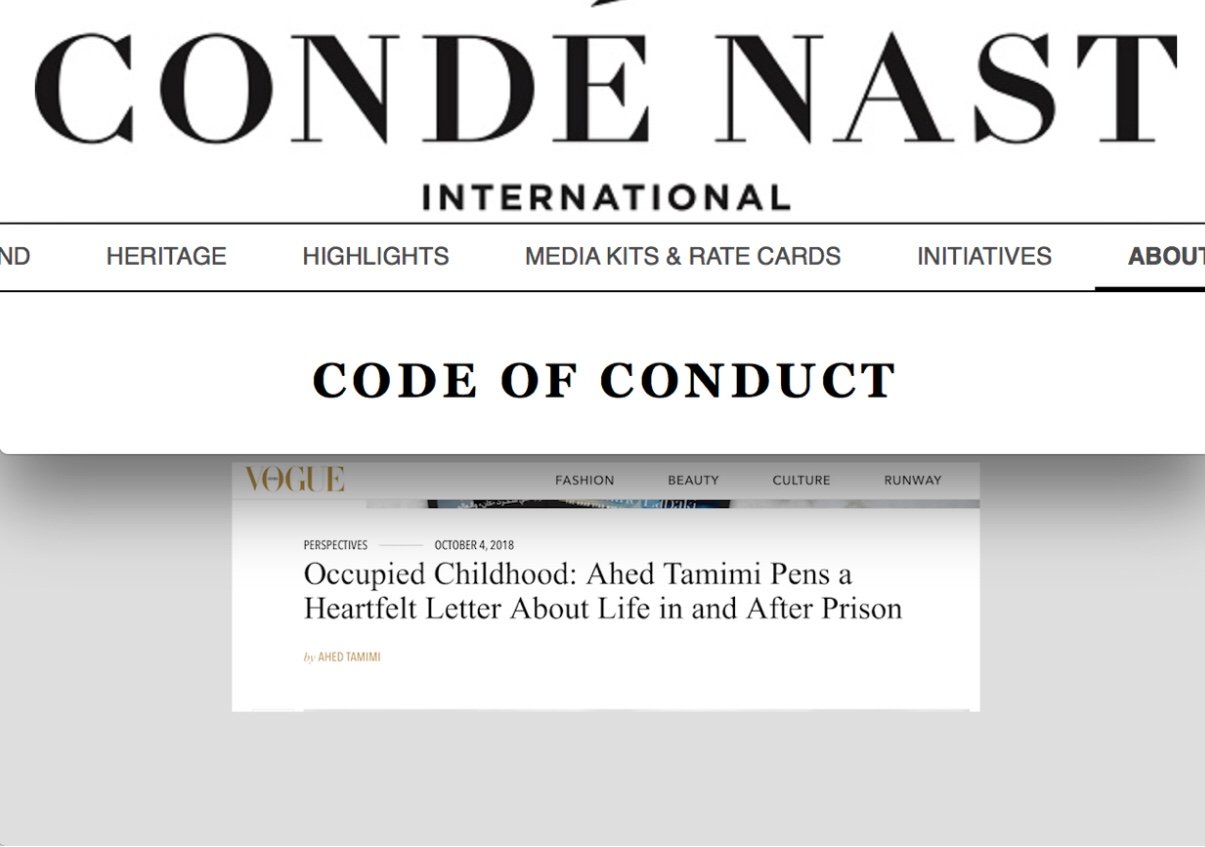