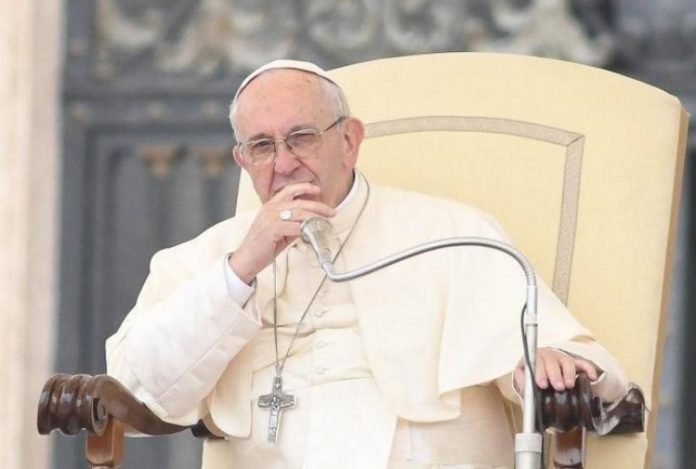 Dear Pope Francis, desperation has never been a justification for Jews

We have been brought through Rome’s streets in chains while our Sanctuary in Jerusalem was burning in flames. We have been thrown in amphitheaters where hungry lions and spectators were waiting for our blood.
We have been burnt in autodafé, we have been called marranos, our candle lighting and prayers in our ancestors’ language were banned.

We have been sent away from Spain. We have been wandering around through countries looking for a new home.

We have been massacred in pogroms, our synagogues destroyed, our children enlisted in armies from which they never came back.

We have been deprived of our right to work, to own, to vote, to speak. We have been robbed of that dignity which every human being should enjoy by right when he was born. Our golden teeth were torn from our mouths and our arms were branded as if we were animals in the slaughterhouse.

We have been told for centuries ‘go back to your homeland’ and now that we are home they tell us ‘get away from there’.

We, Jews, are an indissoluble part of the historical fabric of our world.

The Jewish presence is the common denominator in most of the atlas.

In every place on the earth where we had arrived, we generated poets, matematicians, physicists, writers, polticians, scientists, doctors, inventors.

Even when we have been closed in ghettos we have never stopped writing, thinking, discussing, producing good.

We have never put our lives in standby, not even for a little while.

We did not cover our heads with ashes for thousands of years.

We loaded up our destiny on our shoulders and our ancestors’ heritage in our hearts and we went to search for a new place where we could start breathing again.

There is neither time nor will to cry for yourself, if you have been taught that every instant on this earth is the biggest richness you own, and that life is the most precious gift you received when you were born.

And there is no space for resentment.

We went back without our parents, our brothers, our children and wives to Germany, Italy and France. We stood under the windows of our homes looking at strangers living in places which belonged to us before the war.

We rolled up our sleeves, uncovering numbers stamped with fire on our arms, and we started everything again from scratch.

Countries interested in migration waves should study the Jewish history and our integration model.

Every new place where we arrived we had our golden rule.

Never slide on your tears.

We have not waited for compassion from the countries that opened their borders for us. Since the first instant we tried to integrate ourselves in the social fabric of the place which was hosting us. And while thanking them, we donated our talents to development and advancement. Ours and theirs.

There are those who use desperation as a justification for murdering innocents.

And there are those who put aside desperation, closing it in the memory drawer, and try to climb back to the top, concentrating on the new opportunities.

Dear Pope Francis, Hillary Clinton, John Kerry and hundreds of world influencers who are seeking for a reason, for a motif, behind the transformation of individuals into lethal splinters.

Even if you found out the personal, tragic life of these killers (though in most cases they have a life at a standard perfectly alligned to the society where they live), even if it was really like this, nothing, NOTHING, can justify a blind violence against another human being. Nothing, nothing, can give the right to an individual to deprive another of his tomorrow.

Looking for justifications means only one thing: Preparing the soil for the next brutal act, G-d forbids.

There has never been a nation mistreated by history more than the Jewish one.

But everywhere the hate wind has transported us, we integrated, we learned the local language, repeating by heart Whitman, Eliot and Dickinson, we invented the parve cheesecake. Integration is something you have to want and work on every single day. We have never asked the place which hosted us to adapt itself to our rules.

“Dina demalchuta dina, the law of the place must become your law too,” says the Talmud.

The real integration, even for the most desperate people, can be realized. But it depends on the first instance, on values transmitted by religion, families and teachers of those who have just arrived.

And it depends on the will to become part of the society in a constructive and positive way. 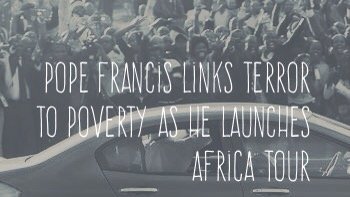