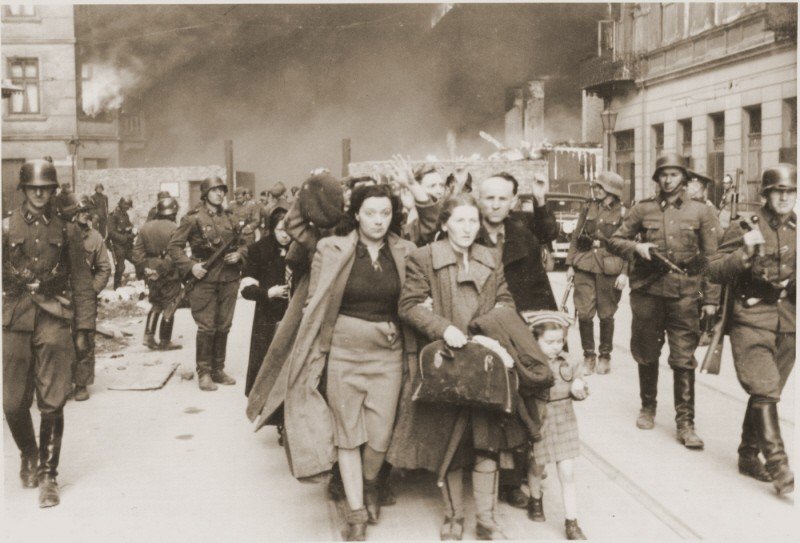 October 1943. When the Holocaust arrived to the Ghetto of Rome 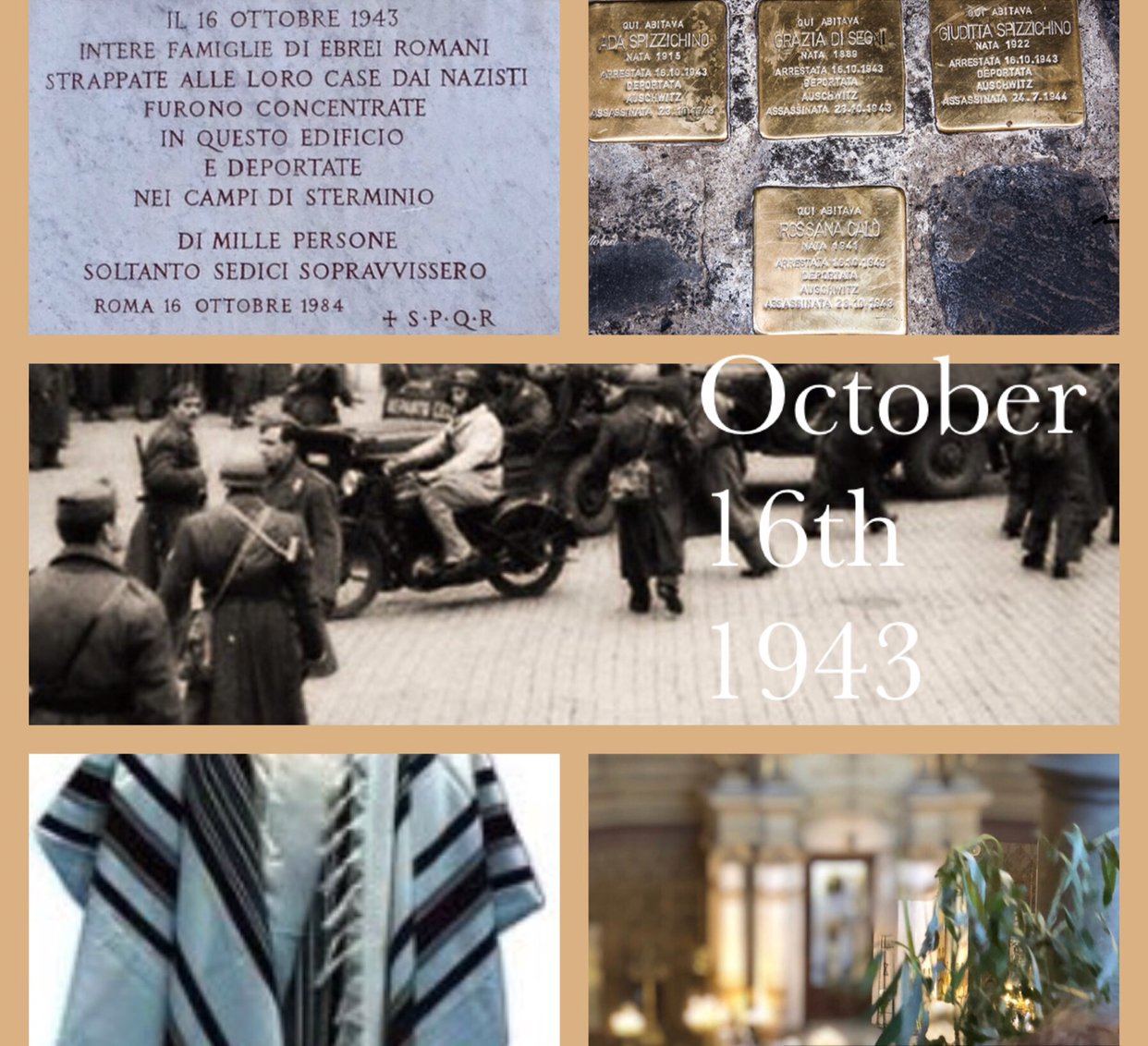 It was shabbat and the third day of sukkot.

The adults woke up in the middle of night at the noise of shotguns and shouts. The children ran into their parents bed. When everything became silent again, they finally  fell asleep.

In the courtyard of the synagogue the sukkah was waiting for the Jews of Rome to enter and pronounce a blessing.

The prayer shawls were bent the previous day and were waiting to be worn again.

The perfume of the cedar and of the myrtle wafted in the air of the dark synagogue.

It was supposed to be another festival day.

Men, women and children were ready to wear their best outfits and walk in the ghetto streets wishing one to the other ‘shabbat shalom e chag sameach’.

The tables were still to be set with the little amount of food that you could buy  with the food ration cards.

A few days before that day, the Nazis had summoned up the chiefs of the Jewish community and threatened them to deport 200 Jews if they did not bring 50 kilos, 100 pounds, of pure gold, in thirty six hours.

The Jews of Rome showered in the office of the Jewish community and offered wedding rings, earrings received for the anniversary, necklaces belonged to the grandmother, until the amount of gold was reached. The gold was collected and brought to the SS col. Herbert Kappler. The Jews of the Ghetto thought this was the price they had to pay to survive the war.

But after a few days, the regular noises of via Portico d’Ottavia, via S. Ambrogio and via del Pianto, were interrupted by the strong noise of the trucks engines and motorbikes, of the soldier boots and of the barking dogs.

Orders shouted in German replaced the joyous festival songs, human beings were thrown into trucks as they were mere objects, mothers and fathers cried feeling on their own skin the imminent detachment from their children, babies were thrown into strangers arms with the hope to save them from deportation and death.

The square was full of people whose dreams, projects, thoughts, were so similar to those of their fellow citizens.

The Jews of Rome had woke up until the previous day, to go and work and earn their livelihood  as millions of other Italians.

But that day they have been reminded of their difference. They have been loaded on trucks and sealed trains which destination is written in giant characters: Auschwitz, a name they have never heard before. Their guilt is irreparable. They are the offspring of Abraham, Isaac and Jacob.

When you walk in the streets of the ghetto, if you turn down your eyes on the street, you can read the name, the date of birth and death, of the Italian Jews whose life was interrupted by a murderous hate.

In those same streets where trucks loaded Jews, you can see children coming out from the Jewish school and  walking with their kippah, their yarmulke, on their heads, while hundreds of tourists are eating in the kosher restaurants.

In the Tempio Centrale, the main synagogue, you can hear the same sounds that have been heard with almost no interruption for the last two thousand years.

Our brothers, who were deported and who never came back,

We will catch your prayers where they were interrupted,

We will open your prayer shawls that you have never opened again,

We will say the kiddush that you couldn’t recite anymore,

We will celebrate the festivals, pesach, Shavuot, that you could not share with your beloved and we will finish that sukkot that you were suddenly deprived from.

They have tried to annihilate our bodies in endless ways.

But our spirit, our soul, our attachment to G-d, are indestructible and above all.