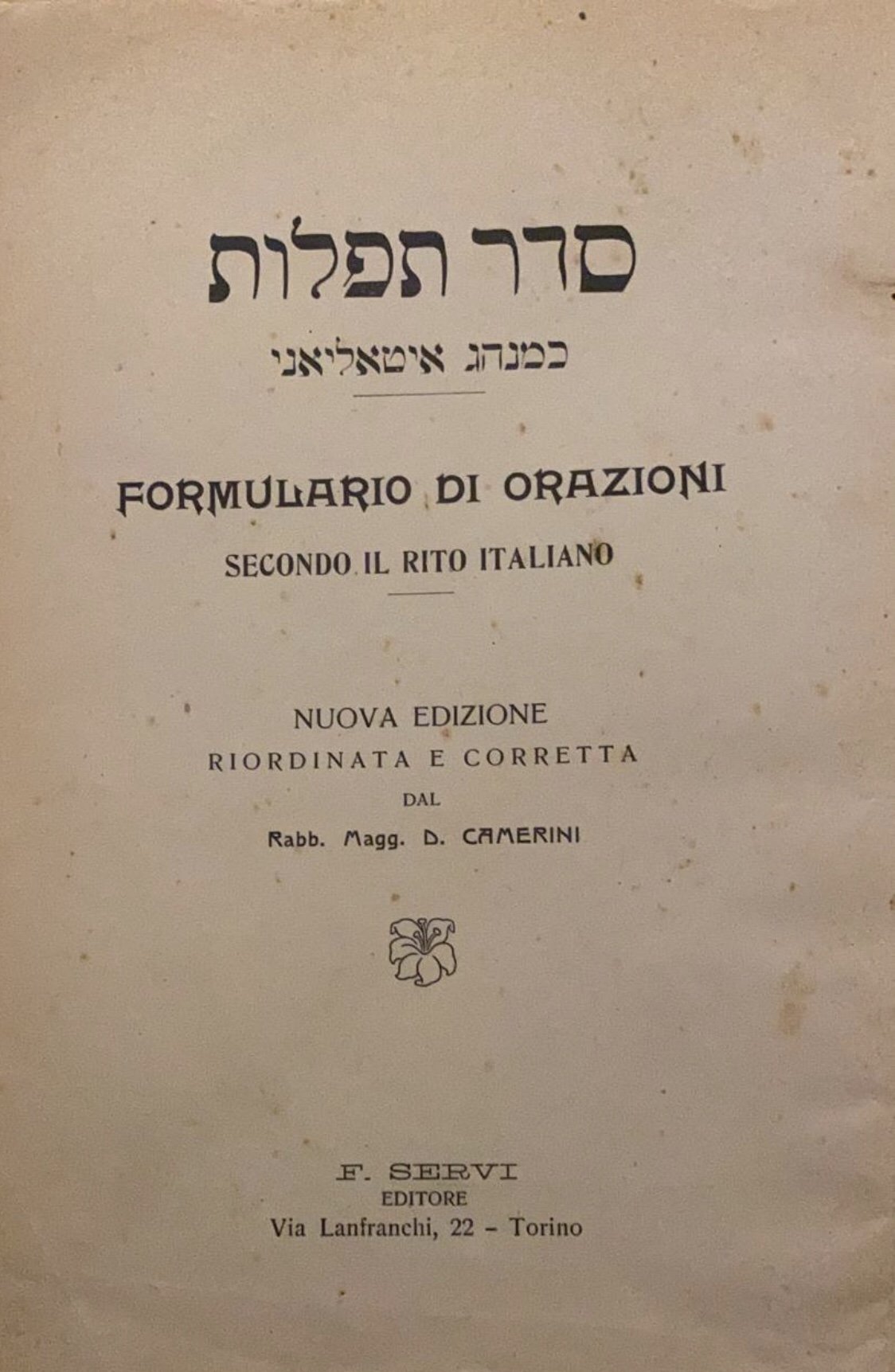 Someone was knocking at the door. It was 3 AM.

A noise passed through Alba’s sleep; trouble, full of nightmares and breathless sleeping.

The noise at the door did not stop, and her husband Emilio got up to see who it was.

It was their neighbor, the one his wife was often chatting with.

“Mister Rabello, thank G-d you opened the door. I waited until it was night so that no one could see me. You have to hurry up: I heard from the keeper that someone reported you. They will come to take you in the morning.”

Man of few words, Emilio wished the woman the best he could at that moment. “Thank you, Miss Petrelli, G-d bless you.”

Emilio went to his wife.

“Alba, hurry up. They are coming.”

There was no need to specify who was coming and why. Alba and Emilio knew it was just a matter of time, and from the moment they had lost the chance to sail on the last ship from Europe to the USA, they were worried the backup plan would not work.

Alba quickly got up, grabbed the suitcase that had been ready for weeks under her bed, and packed her nightgown.

She let her children sleep until the last moment. Each minute far from reality was a precious treasure.

“Alba, remember not to pack things that may reveal who we are. We have to seem Italians going to the countryside.”

Alba listened to him in silence, the heart pounding.

It was cold outside, and Wally was crying for milk.

“Please, not now,” said Alba to her three-month-old baby.

They made their way to Milan central station; they were heading to Lanzo d’Intelvi, and then they would cross the mountains to reach the border with Switzerland.

“With G-d’s help,” whispered Alba looking at the blue sky.

Their hearts jumped in their chests.

Do not cry, not now. Be strong, do it for your children.

The family stopped in the middle of Via Sardegna*. Passers-by looked stealthily while the officer was talking.

“Where are you going?”

“Visiting friends in the mountains. They invited us for a few days” answered Emilio repeating what he had been practicing in front of the mirror for a million times.

“Open the suitcases!” he ordered.

Alba’s legs were shaking. She clung to faith: the ray of light and hope that helped her people survive the infinite attempts to make it disappear.

“Sure,” said Alba, bitterly smiling for being a just-married girl whose right to regular life had been stolen.

“What is this?” asked the officer impetuously.

The written “Prayer book, Italian rite,” on the first page, was unaware of the danger it could pose.

Alba tried to ignore the scared and accusatory look of her husband. She could not leave her identity behind; she was proud to be Jewish, to belong to that people. She did not want to be afraid of being who she was.

“It is the book I use to teach Greek,” answered Alba, secure as someone who is challenging destiny.

A moment of silence. A timeframe separating life from death.

The officer closed the book. Alba could not look at her husband. That book represented her faith, the ability to believe and pray, and no one could have ever taken that away from her. It represented the bond to her ancestors, to her parents, indissociable from her essence.

An angel moved the lips of the officer and, instead of pronouncing their death sentence, said: “You can go,” motioning his hand, as that could instantly move the family in a safe place.

The prayer book made it to Lando d’Intelvi together with Alba, Emilio, and their two children.

It passed under the barbed wire without being felt by the wolfhounds guarding the border. It was opened and closed for two years in the internment camp in Switzerland. “G-d please make me see my parents and my family again,” was saying Alba every time before hiding it between her two skirts.

The book returned to Milan in 1945, together with the Rabello family.

Part of their relatives had been transported to Auschwitz and Birkenau and turned into ashes.

The prayer book assisted Alba until her last breath.

Resting on the bed table, opened and closed three times a day, the symbol of the resilience of a people that has never stopped having faith, passing, telling, and especially praying.

Alba, my grandmother, always said to me: “Learn this by heart, Gheula. Bechol derachecha daehu. In all your ways, know G-d. Even in the darkest moments, when they attempted taking all we had away from us and destroying our identity, we held on to faith. Because there is something worse than physical death: the spiritual one.”