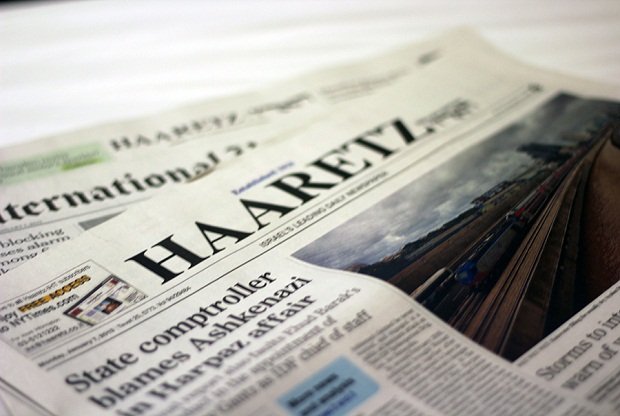 To the attention of Haaretz,

the following rows you are hopefully going to read, are written in a place where Hebrew is not the official language, where IDF is not the national army, where on Yom Kippur there are cars on the streets as in any other day of the year.

The place you write from.

The place where you look at reality and decide to describe it, in your peculiar way, to readers who live abroad.

To people who, after having read your rows, will decide. If to like us or hate us with all their hearts.

Here, outside from Israel, life is not easy for us.

We deal everyday with international news web sites that dedicate cubital headlines to Israel, calling it with words they don’t dedicate even to the worst, unrespectful of human rights, countries of the world.

We read everyday newspapers that dedicate pages and pages to humanitarian problems in Gaza and a rare few rows to the constant threaten, the terroristic menace that Israel is facing since years.

We face schemes that show the number of victims from both sides. As we were in a competition where the part with more casualties, wins.

Here, Israeli reality is manipulated through mediatic strategies. News about Jews are not treated in the same way as news about Darfour. They are not as news about Nigeria or Mosul.

Here, reality becomes different when it is colored with white and blue.

I know history quite well. These, who are reporting the news about Israel around the world hoping that more and more people will condemn it, will be against it and, at the end, will hate me for being a Jew, these people are the children of the children of those who prepared in Spain the autodafes for my ancestors, they are the offsprings of those who ran with their horses and swords to cut the beard and the head of my forefathers, they are part of a culture which took Jewish children, women, elderly and men, and melted their bodies in crematoria in order to get forever rid of all Jews .

When all these things are delivered in my life through a non Jewish channel, I turn the page, I digit another website name, I turn off. And I engage my own little campaign.

I try to go around and tell the truth. I want people to know the real Jewish ideals that walk with an Israeli soldier, that make him offer food and shelter to children, though he knows he is at risk of being blown up by an infant adapted explosive belt.

I describe to Europeans, to professors, to other Italian mothers and friends, the moral principles that hold back an Israeli soldier’s hand from protecting himself, only beacuse he has just seen his worst enemy hiding behind a woman with a baby, a terrorist protecting himself with a human shield.

But often, when I try to show our real face, to bring truth to surface, to cut the legs to the millions of lies the world is reading and telling, most times I get the same answer.

I get a link to your website, an article of yours.

And from there, the step is too short.

From your message to the next stage.

Where your shouted words against Israel become weapons in the hands of our enemies.

Where your pages become part of 2014 antisemitic libels, where Jews have always that ugly nose.

Where you become the Jewish justification for the beatings of French Jews, for hating and cursing every man who goes around with a distinctive Jewish symbol, for killing two Israelis in a Belgian museum.

This is the way your news are internationally used.

Antisemitism can be cherished by a Jewish point of view.

Why am I addressing you?

Because you and me, we all descend from one common soul.

We share a common root, a piece of Heaven engraved in out hearts, with all Jews scattered around the world,

We share thousands of years of persecution and hatred.

And hopefully, with G-d’s help, a better future, for all of us.

the world fears one thing most.

That when we stay together, when we close our eyes and forget the colors of the flags that are hanging in our homes, when in 40,000 we answer ‘amen’ to the kadish of a chayal boded’s father because we don’t want him to feel alone, these are moments that make us stronger and stronger. Stronger than the world.

Stronger than the ancient dream of our enemies.

To see us, one day, G-d forbids, disappear.

This is not an opinion matter. Not anymore.

This is a life matter. Mine and of all the millions of Jews who live abroad.

Please, before writing and publishing, before spreading around news, before adding fuel to the antisemitic fire, take in consideration the collateral effect of every word of yours, think if it will make stronger the seventy wolfs, that surround the Jewish lamb.

Before pushing ‘send’ for an article, dedicate a last thought to us, your brothers and sisters, whose hearts are always praying for our nation, for our land. 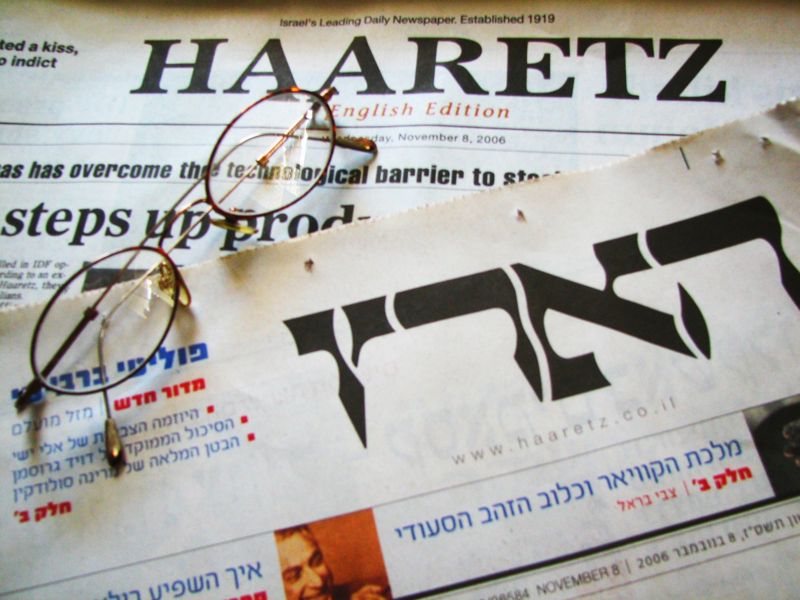 And for you too.

You are sitting there, safely and protected, you are among your nation. Maybe people who don’t think like you will stop you during an inteview, will react with comments to your written rows. You are there, among Jews.

We are not. People here don’t know who we are, most of them ignore what being a Jew does mean. They don’t mind where we come from, waht are our life missions. They often ignore on purpose our signals, our will to let ourseves known. They prefer to imagine, to guess, and, when it comes to inform themselves,

Your words are attached to the stones that are thrown towards Jews in French towns. The way you tell the world the Israeli reality, cutting and pasting some parts according to your vision of the world, is a weapon in the hands of antisemites.

You have a responsibility.

When I discuss with somebody, trying to bring back impartiality in the environment, I am always answered with an article of yours.

Your articles are the proof, for our enemies, that they are true. That they have the right to harm us, to put our lives in danger,