Where was G-d during Purim (and the Holocaust)?

THE TIMES OF ISRAEL | www.timesofisrael.com 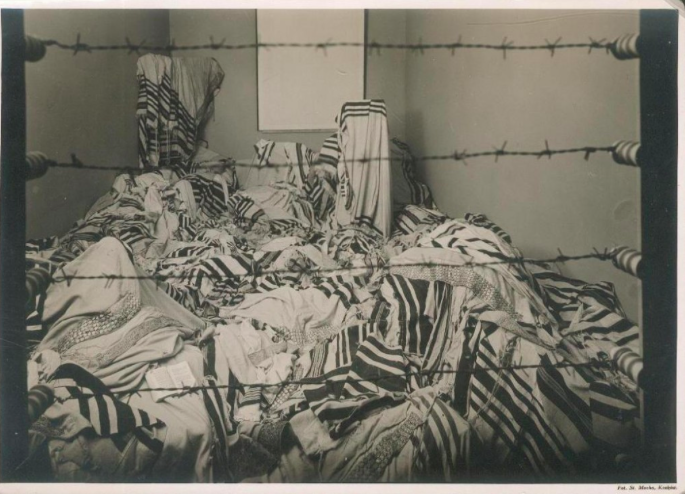 Where was G-d during Purim (and the Holocaust)?

There has been no generation without its Haman. Without an individual eager to put an end to the Jewish nation.

Many have dreamt and still are dreaming to see Jews become an archeological find, a memory, a history lesson.

Every generation has seen its Haman rising and trying to eradicate any Jewish trace from our earth.

Even during those years in which it was hard to tell between Jews and others.

Even during those decades in which Judaism was relegated to some hours a year, to rare transmitted rites and liturgies.Even during those moments in which Jews were trying their best to become a king’s best friends, because that way, they were convinced, was the only way to go on with their destiny.

G-d is not mentioned in the Megillah, in Ester’s scroll, not even once.

You need to look for Him between the rows, in the acronyms of words, in allusions and expressions.

His name is not there, it has vanished into nowhere. As happened in the lives of Jews during that historical period.

Then Haman arrives and everything drastically changes.

As Jews come to know his plot to exterminate them, they start sending delegations to the king, they start using all their diplomatic means, Queen Esther herself puts her own life at risk.

But at the same time she tells her brothers and sisters, look inside yourselves.

Why does the world consider us different, though we have tried again and again to meld with the surrounding society and make it forget our original identity?

And Jews reunited and prayed. They tore their clothes and fasted for three days. They reminded their own children who they really were, in that precise moment in wich they were threatened as never before.

When the Haman of the generation gets up and declares ‘let’s cleanse the world of this annoyingly different nation’ Jewish people, those people who a few minutes before were trying to hide who they were, find and affirm their identity, precisely then.

Where was G-d during Purim? Where was He during the tragedies that hit His nation again and again?

G-d is in the awakened faith of those who thought not to have any at all, He is in that Jew who suddenly feels like caring about his identity again.

G-d is in those Jews who risked their own lives to put on tefilin in Auschwitz, while in the comfort of their homes, they never put them on

G-d is in those last recommendations to sons before the train for a safe haven left, ‘Son, celebrate your bar mitzvah, do not forget’.

G-d is the son’s answer, made through the window of that train, ‘but father what does a bar mitzvah mean?’

G-d is the secret meetings to celebrate the seder, at risk of being sent to a gulag for the next fifty years.

G-d is in Daniel Pearls’ words ‘I am a Jew’ when the sword is already coming down on his head.

G-d is always with us though we hardly see Him. He is there, in the Jewish soul that shakes itself from the dust just in those periods in which it should try to hide itself even more.

When Haman rises more and more, when he becomes so important as to to sit unpunished in the U.N, when he can speak loudly and the world claps its hands to his anti-Semitic plans, when being Jewish is the most inconvenient and uncomfortable thing that can happen to you, there you can find G-d.

G-d is there, in the joy, in the proudness of belonging and declaring, despite all odds, ‘I am a Jew’.