Yom Hazikaron. And that buzz that touches your soul 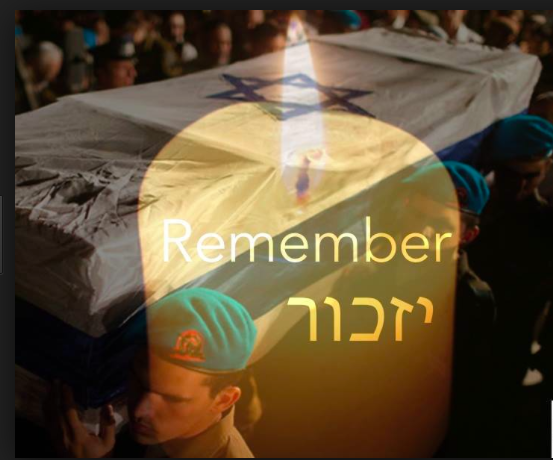 This is our nation.

This is the Jewish nation.

Women, men and children who fight for a carriage in the supermarket and who usually run to get the first place in the row. They, who argue over every tiny detail. Yet it is they who are able to be one. Letting their thoughts overcome differences in a common and shared sorrow and pain.

These are the Jews.

Businessmen, teachers, professors, artists, workers, engineers, doctors and dreamers. Who, in the middle of a new project, during a coffee in a bar, while withdrawing money from the bank are able to shift their minds from their routine and concentrate on deeper things.

These are our soldiers.

Young men who have just started understanding what life is, what they can be when they grow up and end up in a battle field with only one aim in their head: to defend and protect their nation from any evil and harm.

This is the sound of the soul.

This long buzz that enters through our ears during Yom Hazikaron, that strikes the core of our hearts and teaches us that a real hero is not the person who jumps from a plane or climbs a dangerous mountain. But a person, maybe not so physically strong, who can walk besides you on the sidewalk and sit on the same bus and then suddenly, when you and others are in danger, can jump and climb to guarantee you a future life.

During this day, in which the world just goes on, a whole country and nation stops to think and thank those young angels who turned off their own dreams to let mine and yours become true.

During this day in which memory is not an intellectual box, but a life credo and system. Where those who are not here anymore become a pulsating image in our lives.

During these moments I raise my eyes above and thank G-d for the privilege of being part of this unique Jewish world.